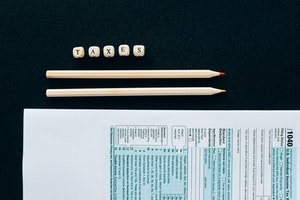 If you are facing federal criminal tax charges, you need to understand how federal sentencing works and which factors affect it. In the federal justice system, judges have the ultimate say as to what the sentence will be. You need an experienced criminal tax attorney at your side that knows how to argue convincingly. Norman Spencer Law Group is here to help you anywhere in the country!

Our lawyers have decades of experience representing clients at all stages of federal criminal cases from investigation to trial and appeal. We provide this short guide so that you can familiarize yourself with how federal sentencing with respect to criminal tax cases works.

When a person charged with a criminal tax case is convicted after trial or pleads guilty to a tax crime, the next step is sentencing. Unlike state law, the federal court sentence process largely depends on the Federal Sentencing Guidelines that apply to all federal crimes.

Until the Supreme Court case of the United States v. Booker was decided in 2005, Federal sentencing Guidelines were required to be used by all federal trial courts in calculating and imposing federal criminal sentences.

However, the Supreme Court in Booker ruled that the Guidelines are now advisory, not mandatory.

When it comes to tax crimes, the Guidelines are strict, mandating imprisonment for essentially all tax crimes except some minor tax violations.

However, both the offense level and the sentence itself may vary, increasing and decreasing based on many other factors. These factors may include the other relevant conduct, various adjustments, and departure rules.

These and other factors are extremely important at sentencing. They may be crucial in the court’s decision to increase or decrease the ultimate sentence. Only a very skilled attorney, experienced in federal criminal law and knowledgeable in the Federal Sentencing Guidelines can be most effective at federal sentencing.

What Are The Potential Imprisonment Terms For Tax Crimes

The federal tax evasion statute is one the most commonly used in tax prosecutions. As discussed above, we start with the base offense level, which depends on the tax loss. The Guidelines define the “tax loss” as the total amount of tax that was the object of the offense (i.e., the loss that would have resulted had the offense been successfully completed).

Sometimes we can accurately calculate what that tax loss is, and we will use that number. In some cases, it could be difficult to know the exact number. In those cases, courts will make a reasonable estimate.

“Tax loss” does not include interest or penalties. However, it may include interest derived by the defendant from the unreported income. Under the Guidelines, there are different methods of calculating the tax loss depending on whether the tax evasion involved an underreporting of income or a false claim of deduction or exemption.

It is important to note that in calculating the tax loss, the court may include losses from years not charged in the indictment.

This is how the base tax loss offense level is calculated. Understand, that this is the base level only. It could increase or decrease based on additional factors.

How Can The Base Offense Level Change

The base offense level in this Tax Loss Table can increase under certain specific offense characteristics. For example, there is a two-level increase if the defendant did not report or correctly identify the source of income from criminal activity exceeding $10,000 in any given year.

Another example is a two-level increase in the base level if the defendant used “sophisticated means” to impede the discovery of the nature or extent of the offense. Sophisticated means any conduct that is more complex or demonstrates greater intricacy or planning than a routine tax-evasion case. Here are examples of sophisticated means: using offshore bank accounts, shell corporations, and sham transactions in the definition.

What matters here is that the scheme is sophisticated, not necessarily the taxpayer. So, your offense level may increase even if you were only a minor participant in a complicated scheme devised by someone else.

Assisting in the Preparation of Fraudulent or False Documents

There is a separate sentencing Guideline for these cases, but the calculations of the base level and the tax loss are the same as in the Guideline for tax evasion.

There is also a two-level increase in the base offense level for the use of “sophisticated means”. Furthermore, there can be a two-level increase if you committed this offense as part of your business as a tax preparer or an accountant, or if this scheme was a substantial portion of your income.

Our federal criminal attorneys have years of experience defending clients against criminal allegations. We are very familiar with the Federal Sentencing Guidelines and are extremely industrious when it comes to convincing judges to show lenience at sentencing.

Our team includes not only lawyers but also professional sentence mitigating specialists and other experts whose opinions can be very helpful before and during the sentencing process.

If you are facing federal criminal tax charges, call us today to set up an immediate consultation with an attorney!

Norman Spencer Law Group PC is a multi-practice law firm, providing criminal defense, professional license defense, and government investigations defense. This is an attorney advertisement and the information on this law firm website is for general information purposes only. Nothing on this or associated pages, documents, comments, answers, emails, or other communications should be taken as legal advice for any individual case or situation. The information on this website is not intended to create an attorney-client relationship, and receipt or viewing of this information does not constitute an attorney-client relationship.